A legacy in the form of bioavailable nutrients stored in subglacial sediments is made accessible to proglacial ecosystems when glaciers such as Austerdalsbreen retreats, a new study reveals.

In periods when glaciers have been advancing, they may have overridden vegetation and soils with significant amounts of organic matter. Now due to climate warming most glaciers in Norway and worldwide are receding and exposing proglacial areas that once again may be the location for soil formation and vegetational succession. A new study by Petra Vinšová (Charles University in Prague, Czechia) and colleagues published in Global Biogeochemical Cycles shows that subglacial sediments from 19 glaciers around the Arctic contain high amounts of nutrients such as phosphorus that are used in the early development of new ecosystems after a receding glacier has exposed an area. 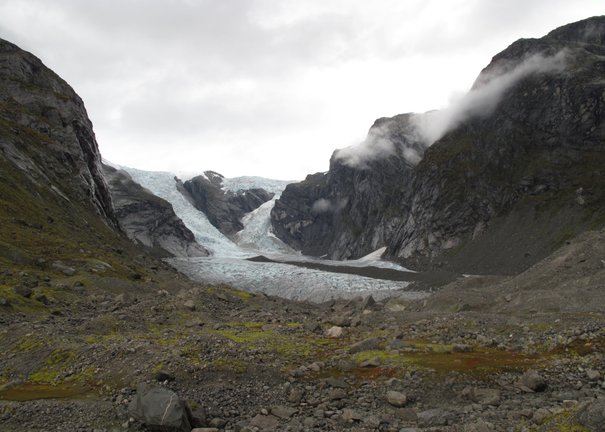 One of the glaciers examined by Vinšová was Austerdalsbreen. Here, 14C dating of a mixed sample of organic matter reveals an age of 12 127 years before present (BP). The Austerdalsbreen area is believed to have been covered by the Fennoscandian Ice Sheet from before Last Glacial Maximum (c. 23 000 to 19 000 BP), a period of maximum glaciation extent during the last ice age, into the Holocene deglaciation (c. 10 500 BP). It is likely that the youngest organic matter derives from the period called Holocene Climatic Optimum (c. 8000 to 5500 BP), when it is assumed that most glaciers in Norway had disappeared. However, to compensate for this young age the oldest organic matter in the sample from Austerdalsbreen likely derives from a period before the Last Glacial Maximum. This storage of old organic material contrasts with other Norwegian glaciers in the study, which showed much younger mixed sample 14C dating ages. 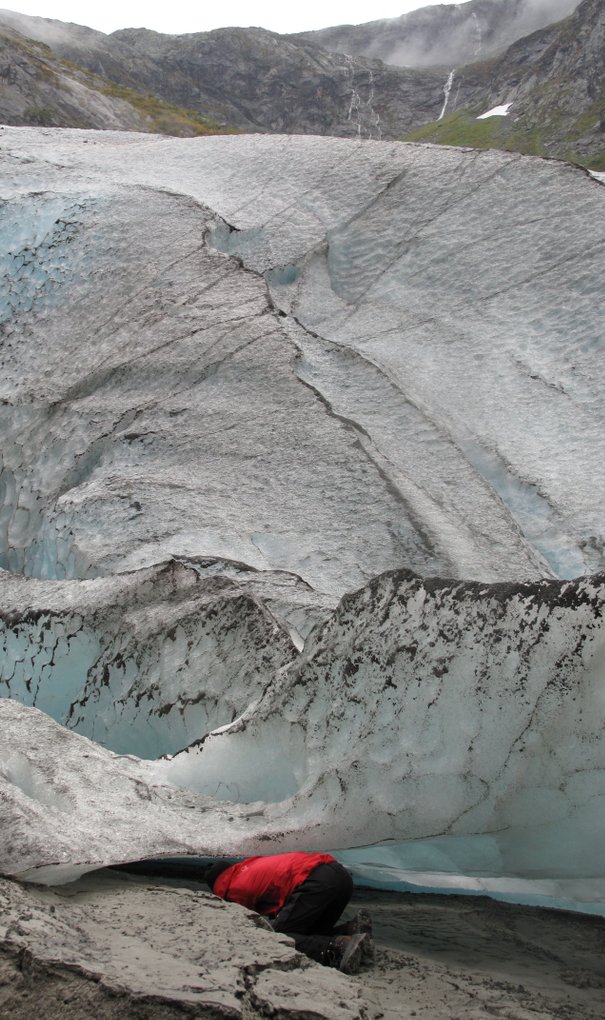 An analysis of the lipids in the organic matter reveals that its origin is from terrestrial vascular plants. After being buried by the glacier during the Neoglaciation (after c. 5500 BP), the organic matter is partly degraded by resident subglacial microbes. Therefore, the subglacial sediment becomes depleted in available carbon compounds, while high amounts of phosphorus become available for developing proglacial ecosystems after the sediments are exposed by glacier retreat.