Thick snow cover on Austdalsbreen in 2020

Winter mass balance was measured at Austdalsbreen for the 33rd time since 1988. The snow depths were unusually large. Most of the mass balance stakes (aluminium poles) that are used to measure snow depth in winter and snow and ice melt in summer were covered with snow. The average snow depth from probing to last year’s summer surface was 6.3 metres, ranging between 4 and 8 metres on this 10 km² outlet glacier from northern Jostedalsbreen. The winter mass balance was preliminary calculated as 2.9 m w.e., which makes 2020 one of the five most snow-rich years at Austdalsbreen since 1988. 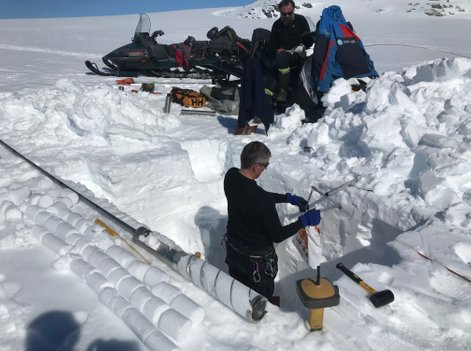